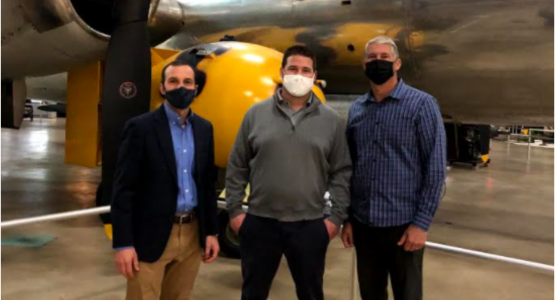 Ohio Insurance Agents (OIA) selected Sprouse Insurance president Derek Sprouse to feature as part of their Mission Matters series, a campaign that shines a light on the significance independent agents are having in their community.

Derek Sprouse, president of Sprouse Insurance joined the OIA board on January 1, 2021, and we are thrilled to have his experience and innovative mindset for our association and industry. Derek has an interesting background, and lucky for us he ended up following in the footsteps of the family business and joined the agency in 2006 to become the agency’s president in 2017.

Always the entrepreneur, Derek started his career in his pre-teen years mowing lawns and built that business around his dad’s business, literally, by mowing all the lawns up and down State Street where the family agency was situated. A family friend hired him to do more lawn service, and that same family friend gave Derek a very early start into learning how to frame houses during the housing boom when one of his employees did not show up for work. We will not disclose the age Derek was when he had this career lesson, as we’re pretty sure it broke all child labor laws! However, what he learned over 4 years of contractor work, really set him up for success because now he understands the solutions that are necessary for one of the agency’s niche markets, construction. Additionally, spending one too many hot days on a roof made him realize contracting work was not in his future.

Sprouse Agency, a small-town agency, is deeply rooted in their community helping several initiatives that are important to their community’s thriving. They are very active in the 4-H Club, in fact, every year Derek and his two toddler sons attend the fair and ensure that every child can feel pride in their livestock project through the bidding process. No child leaves without a bid, because Derek is there to raise his hand to make a bid and more importantly, make that child feel a boost of pride. Derek just needs to keep his other hand on his sons’ hands because a little boy’s excitement can get carried away at an auction!

how can we help you?